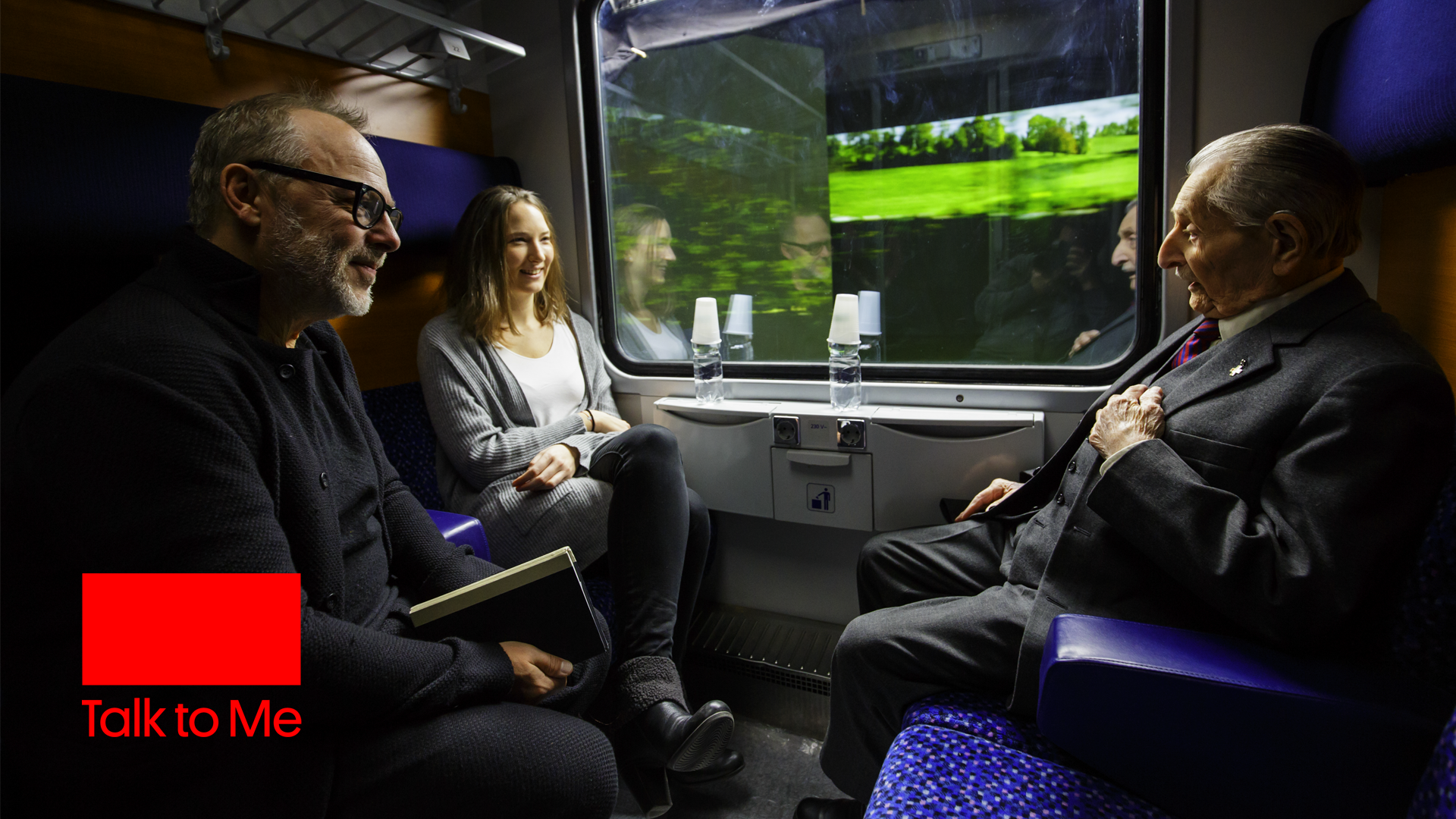 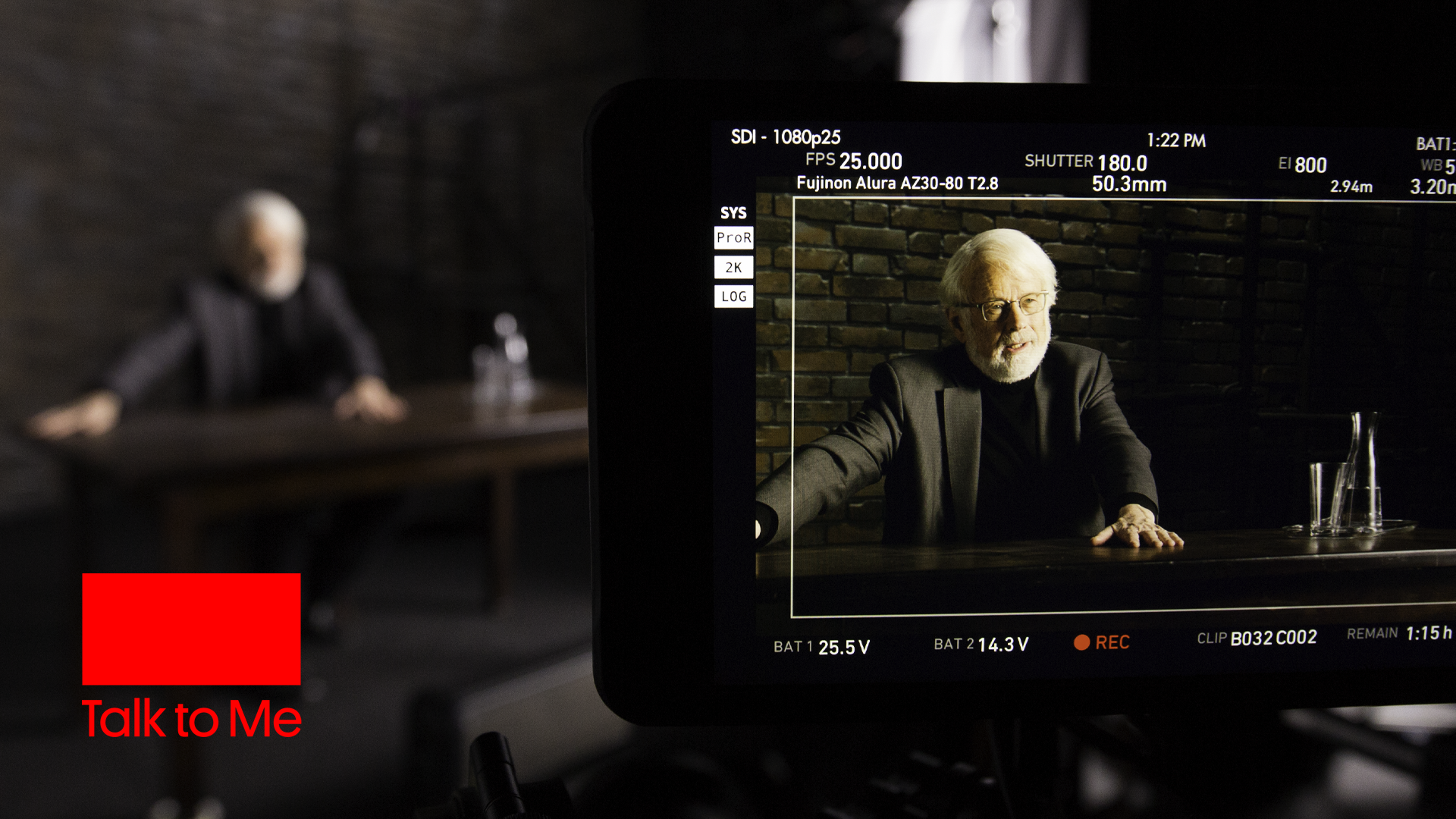 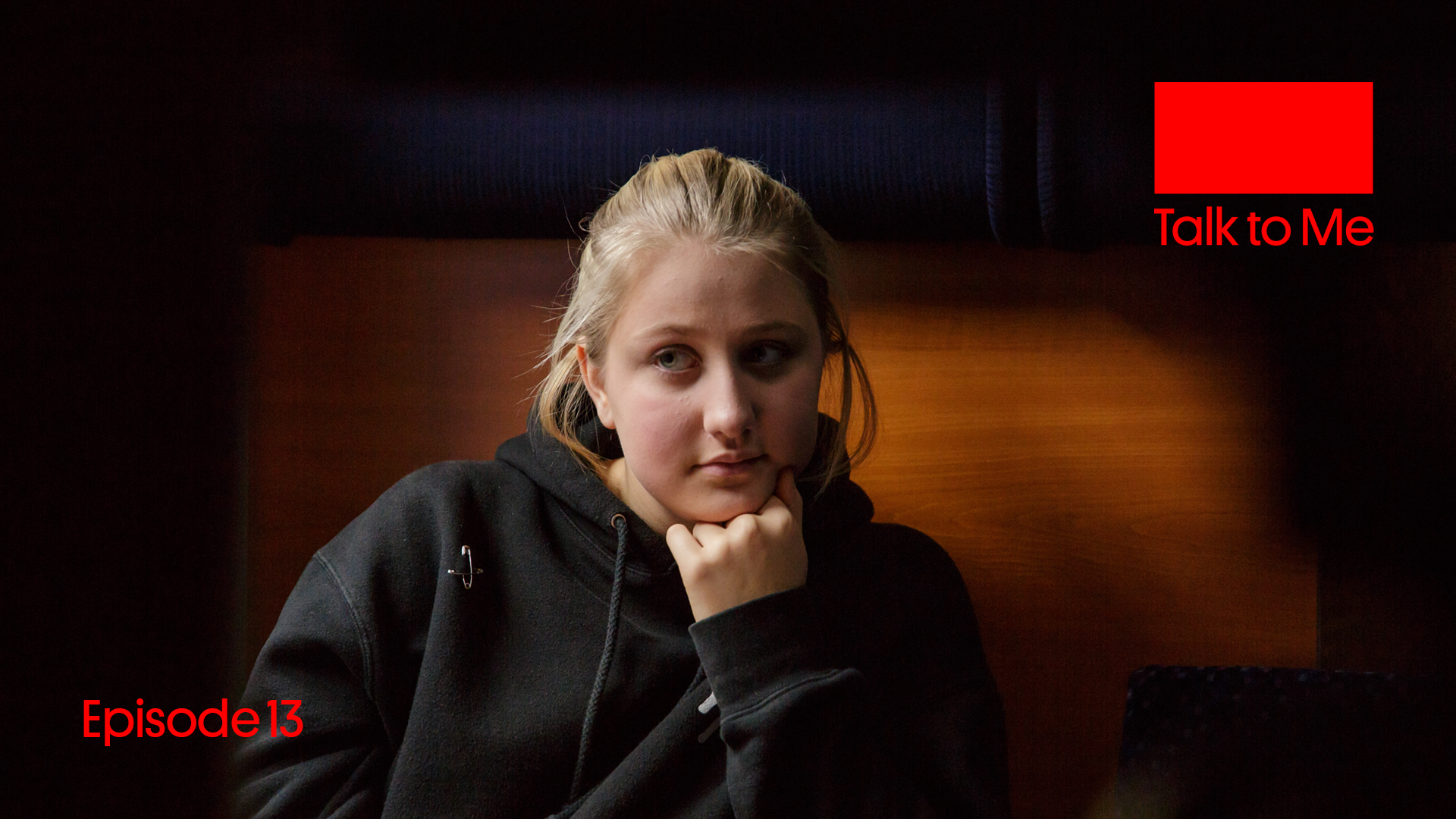 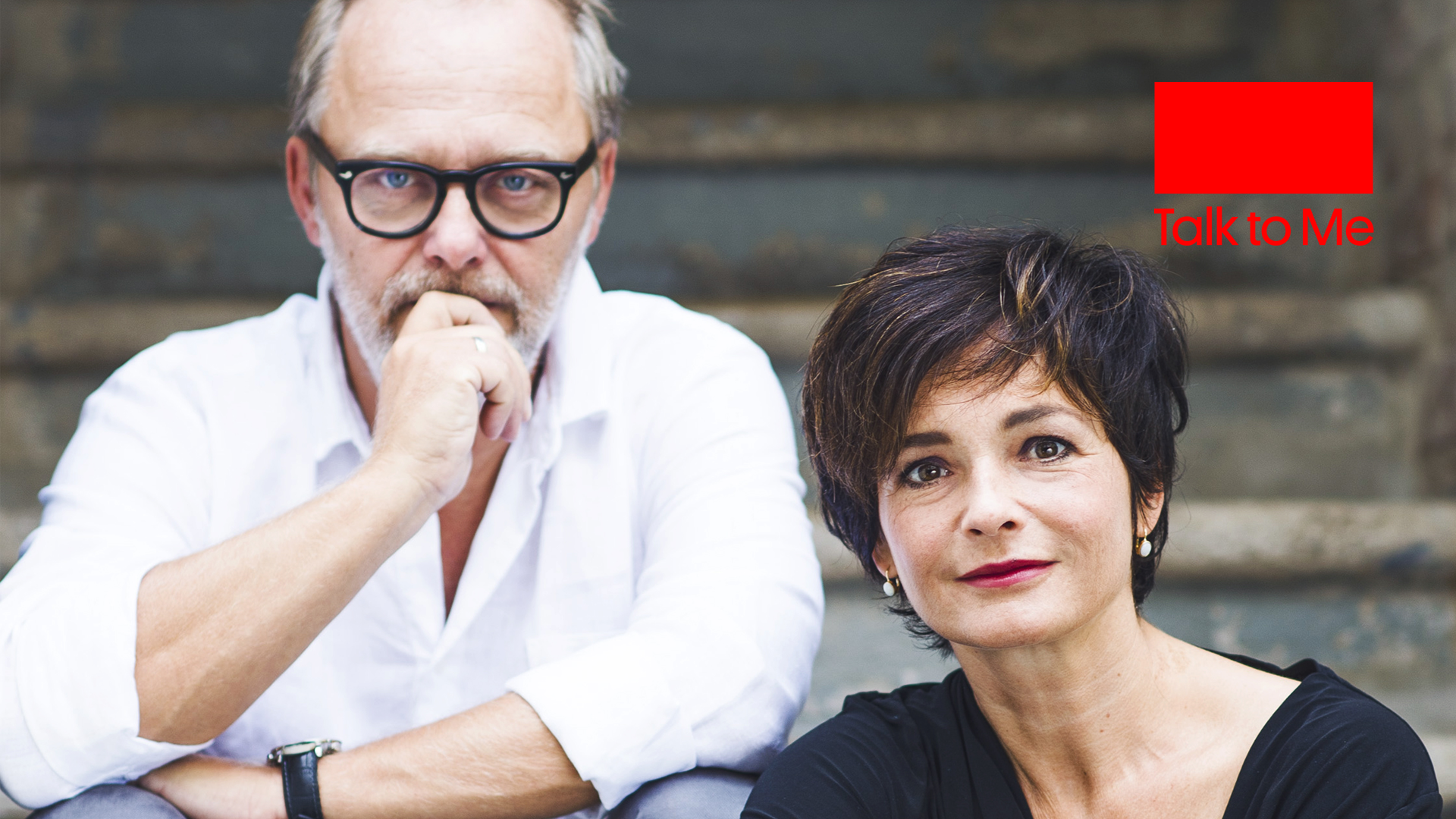 Born in Vienna Katharina’s first passion was the cello, before she became an actress. She was trained in Austria and LA, performed in countless films and theatre productions. Her career brought her also to the »SALZBURGER FESTSPIELE« as well as to the stunning performances of Jaqueline Kornmüller’s »GANYMED« in the Museum for Arts in Vienna or »IN THE HEART OF DEMOCRACY«, staged in the Austrian Parliament. Katharina already participated in political discussions when she was a student, and she committed herself to social, ecological and health issues.

For several years she moderates several commemoration events in Austria, such as the Holocaust Memorial Day or the “FEST DER FREUDE”, the annual celebration of the liberation from Nazi Germany on May 8th 1945. In 2007 she founded the “Backyard – Manufaktur für Film” production company together with her husband Fabian.

Fabian studied at the University of Music and Performing Arts Vienna and started his career as a cinematographer for TV and motion pictures, before he began to write screenplays and to direct films that focus on actual social topics and political developments. In addition to several screenplays he wrote a couple of articles for newspapers, as well as two novels and a travel narration. A special focus of Fabians work lies on trauma & generations.

Our small production company is based in a backyard close to Vienna’s most famous Naschmarkt. We produced the documentary »Greece in Bloom« at the peak of the Greek debt crisis in 2012. Only two month after the tragedy of Lampedusa on Oct. 3rd 2013, when 366 people drowned a few meters off the European borders, we started to shoot the documentary »Lampedusa – No Island«. Two years later we made a film about Vienna’s »Integrationshaus«, an institution which was founded in the middle 1990’s and which is specialised on the integration and treatment of traumatized unaccompanied minor war refugees. Meanwhile Katharina is the chairwoman of the board of this institution.

We have one adult daughter and two cats. 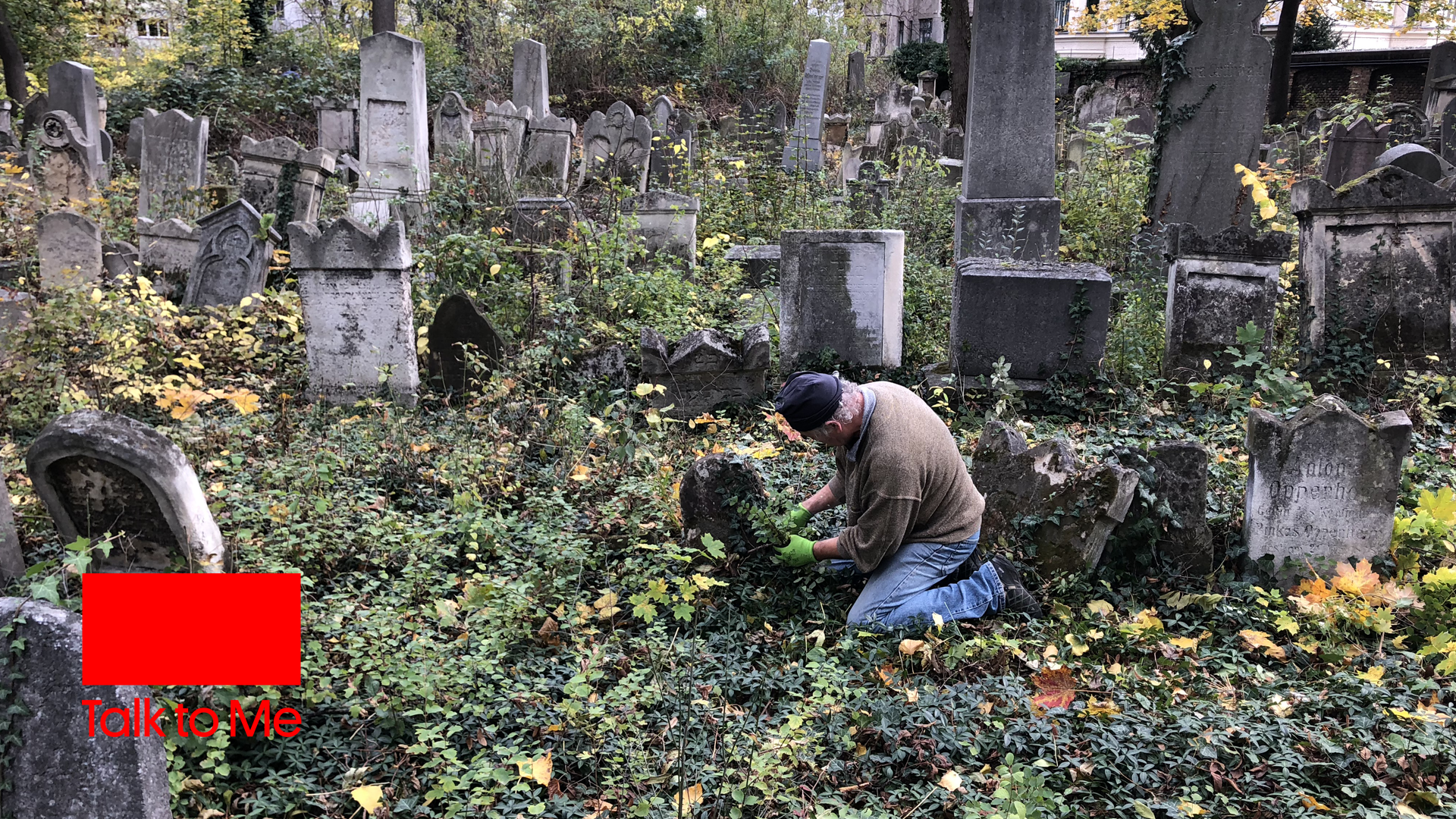 A small group of volunteers regularly takes care of the Jewish Cemetery in Vienna 18th district, Währing. We visited them work on November 1st, 2018.

As you know we filmed a lot of different commemoration events. The mood on this day was unique and touching. For the mostly catholic Austria November 1st is a holiday that refers to the catholic “Allerheiligen”. A day on which many visit the graves of their ancestors.

During all the work I didn’t see any more impressive and intense event of commemoration. All the Austrian families, who are buried here, all Jewish, all killed by Austrians. Most of their relatives were extinguished in the death factories of Auschwitz, Dachau, Mauthausen or one of the other concentration camps. Those don’t even have a grave.

A special thank to our dear friend Niki Kunrath, who organises not only these meetings with passion – but many other commemoration events in Vienna, too. 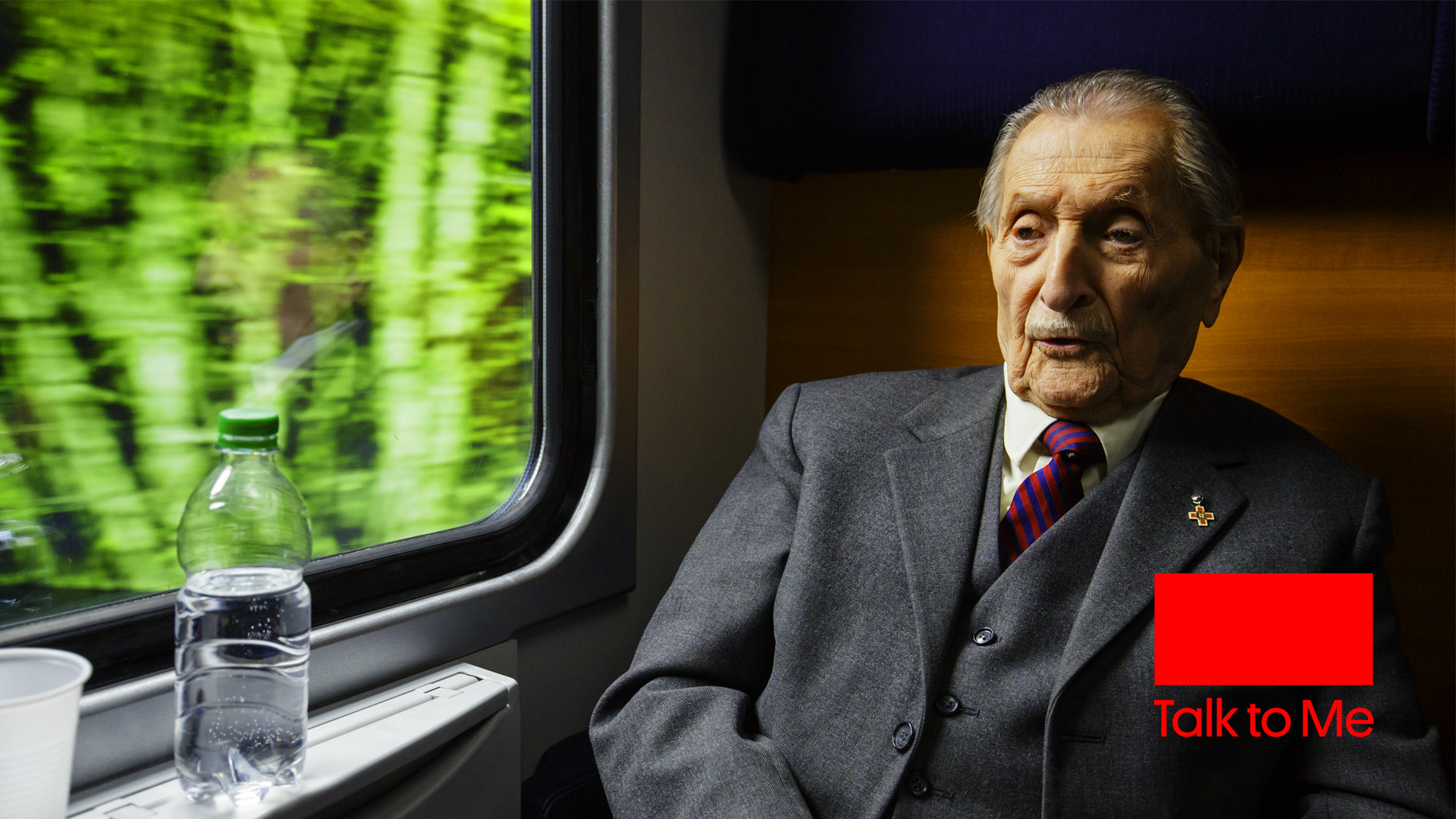 Marko M.Feingold passed on September 19th 2019 in Salzburg. He was president of the Jewish Community of Salzburg until spring 2019 and supervised the Salzburg Synagogue. He was born May 28th, 1913 and reached the age of 106 years. He was the oldest Holocaust survivor in Austria.

When Marko Feingold visited us in December 2017 he was already 104 years old. He traveled from Salzburg to Vienna by train. Due to the fact that he had no grandchildren he was leading the dialogue in front of our cameras with the charming Miriam Brownstone.

Marko Feingold was one of the most active and most famous contemporary witnesses who survived the Holocaust and one the most important fighters against Antisemitism in Austria. He is already missing.

Our thoughts are with his friends and family. 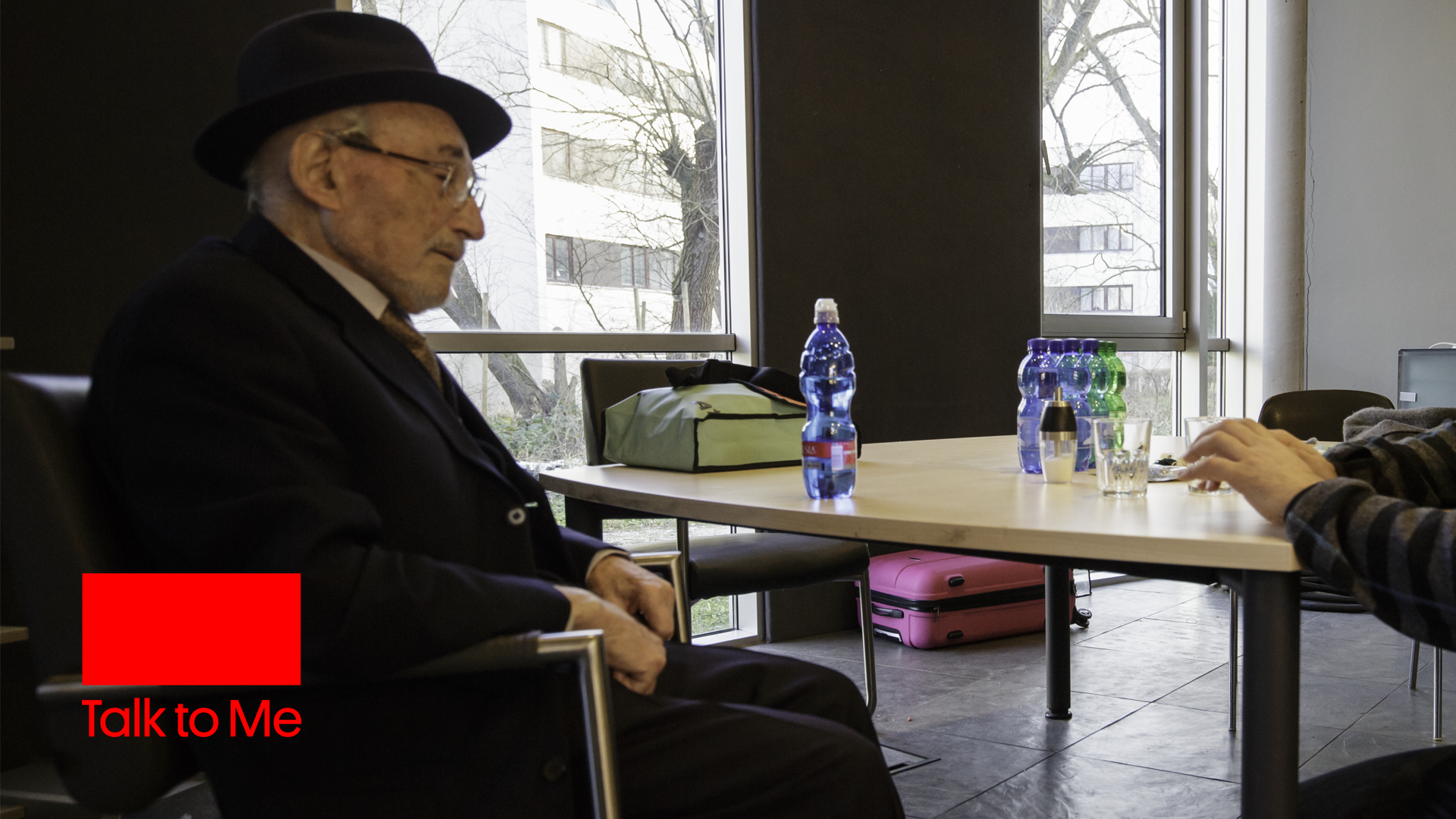 The far-right Austrian magazine “Aula” has described the Jews who were liberated from the Mauthausen concentration camp in May 1945 as a land plague. Holocaust survivor Aba Lewit has complained. His application was dismissed from a court in Graz, Austria.

On Thursday, October 10th, 2019, the European Court of Human Rights has proved Lewit’s complain right and condemned the Republic of Austria, whose protection for Holocaust survivors has completely failed in this case.

Aba Lewit is one of the protagonists in our series »Talk to Me” and in the documentary film we are currently finishing. His story is one that must be told if we like to take responsibility for the future of our children and grandchildren.

The whole team of “Talk to Me” thanks Aba Lewit for his dedication, courage and steadfastness. 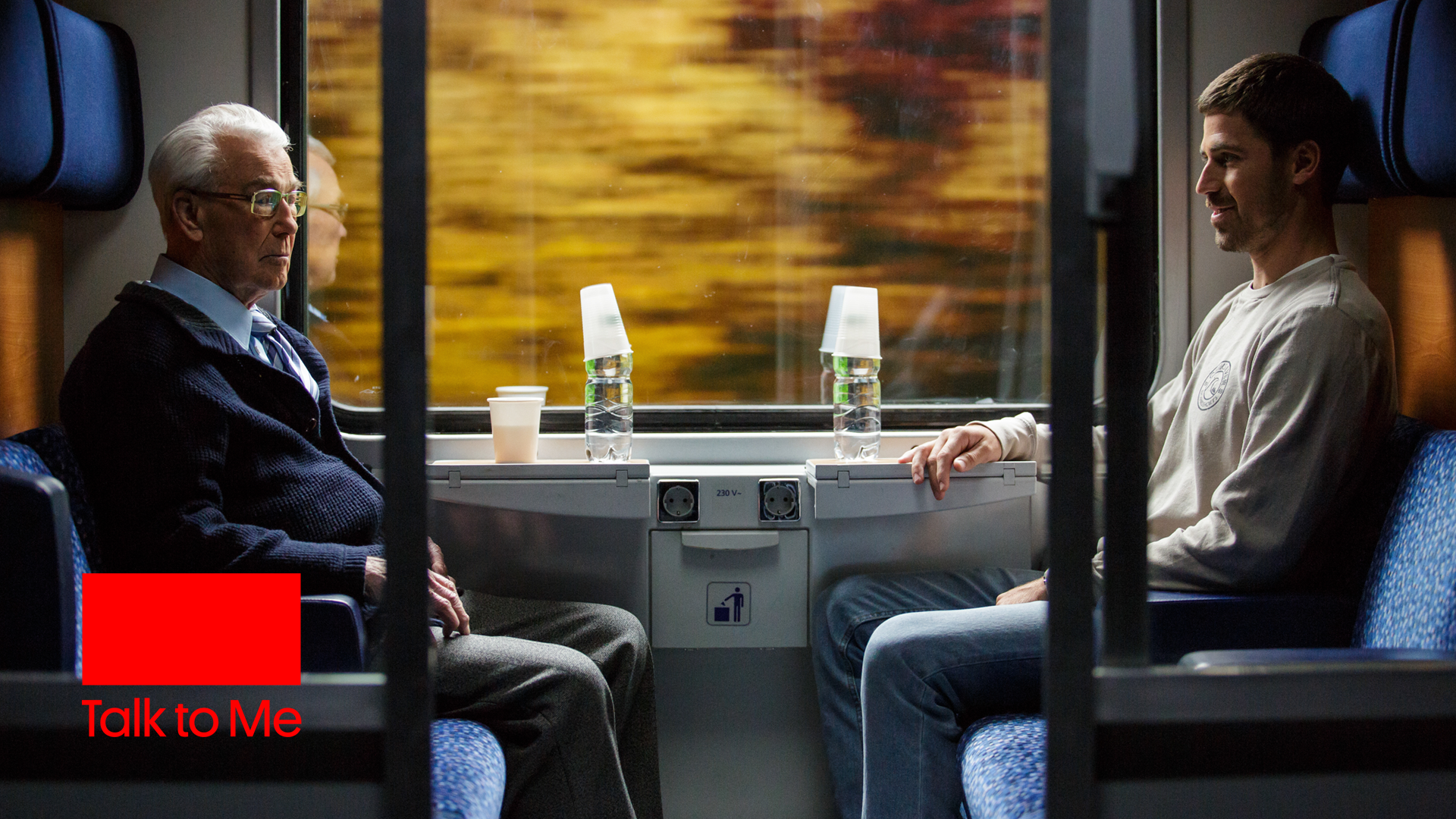